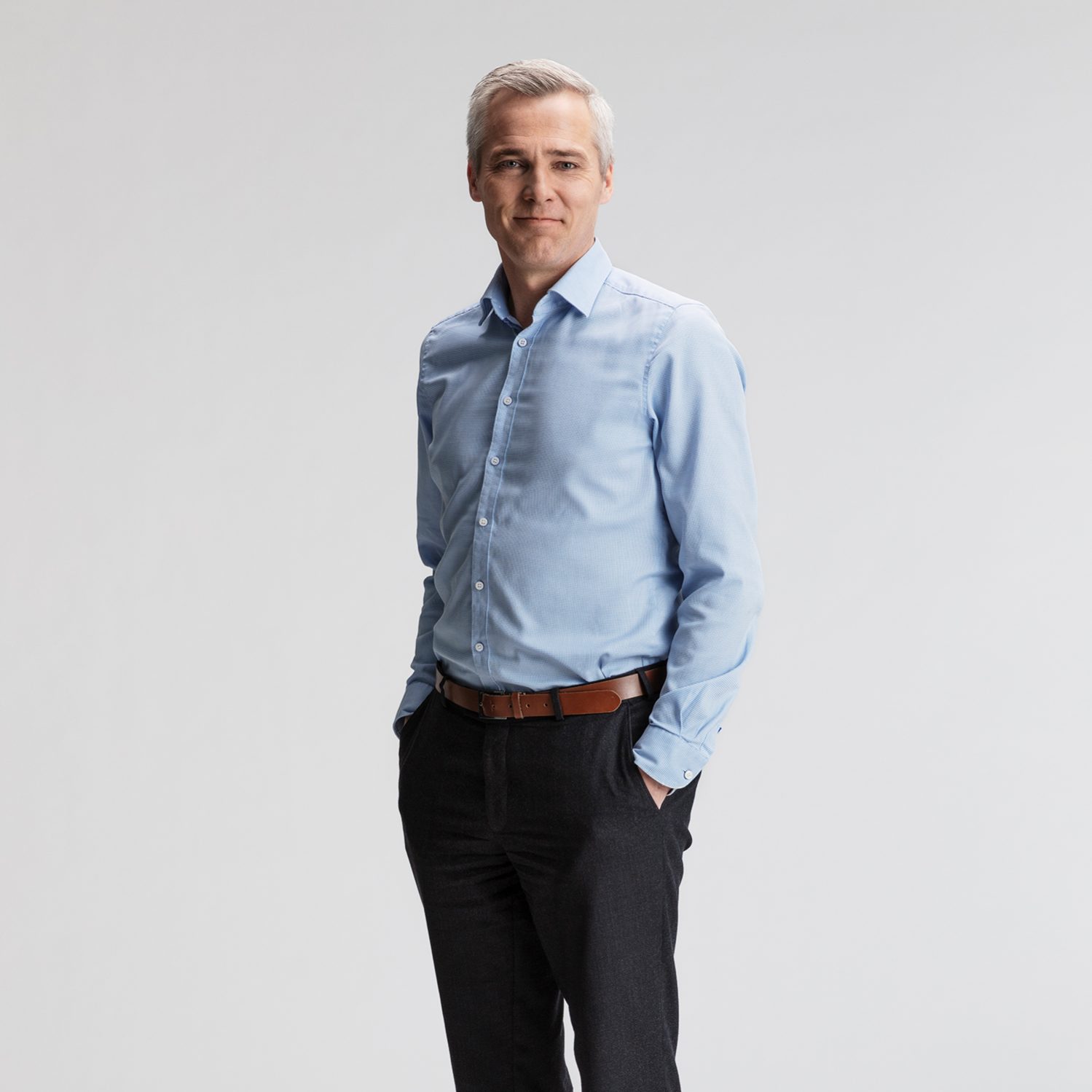 I studied architecture because I wanted to shape environments that would improve human lives, buildings where children can learn, where people can find inspiration, where the handicapped can be cared for and where we all can age in safety.

After having worked along these lines for 20 years I was elected into Parliament in 2015, to improve on people’s lives and environment through political means.

I was born in 1970, I have been working in private practice as an architect and am a father of five.

I view my previous professional career as a clear strength in politics.

I grew up in Kyrkslätt. When I was a child and explored my home village Jorvas, nothing was more exciting than feeding the horses on the Ingvaldsby pastures.

I believe my childhood experiences shaped my values to a high extent. My every day heroes were our neighbor, the stone cutter Berghem and the lumberjack Jaakkola from Kvis. They could identify with the inner life of a small boy and taught me to sharpen a knife and handle a saw. Kindergarten was near home and the village school not far away either.

All this has made me give great value to social togetherness.

Having finished school and military service I began my studies in architecture. In part I studied and worked also in Portugal, then in Italy and Spain. My wife Ia and I were married in 1995 and our first child was born in 1997. After I got my degree we moved back to Kyrkslätt like so many of my former school mates: Kyrkslätt is a good place for a family with children to live in. We now have 5 children, our first Axel is almost of age, seventeen and Arik, our youngest, is five. Between them are Ilon, Alvar and Ivar.

My family is bilingual in Swedish and Finnish. My two sisters who live very close in the same municipality have Spanish and German as a second home language. We meet often also during the week and dinner table discussions go in Swedish, Finnish, English, German and Spanish, a enriching cacophony of languages and cultures.

Sustainability is the only way to go forward. Environmental issues have to been viewed with a long perspective. Finland as a part of the EU can show the way in the fight against climate change. By being in the vanguard we can also create opportunities for our clean-tech companies to do well in the global competition.

During the coming period in parliament we need to take steps to decrease the environmental impact of our transport sector. Electric and low-emission cars need to be incentivised, but we also need investment in our public transport infrastructure. The existing railway from Helsinki to Turku needs to be fixed.

My extensive professional experience as an architect gives me a special competence in all matters that relate to the built environment. To tackle the problem with sick buildings we need to put our building processes in order on a local level. We also need to redo the way we view energy-efficiency in buildings - the ways we measure efficiency today leads to sicker, not healthier buildings.

I am convinced that in order to cope in the competitive world of tomorrow we have  to see over our educational system. Globalization and digitalization demand new skills – we need to build social net works, relate critically to sources, we have to think cross scientifically and be able to apply what we learn.

Our school system needs to emphasize the importance of good learning results already in primary school and we should focus more on motivating and supporting those students who run a risk of dropping out.

We have an ageing population and a lack of labour. We need a visionary economic policy that incentivises entrepreneurship, the commercialisation of products, and a dynamic labour market. As work keeps changing, artificial intelligence entering different fields of work, we need to come up with mechanisms that support life-long learning. Only then can we adapt to the changing world around us.

Entrepreneurship should be taught in out schools. The career of an entrepreneur needs to be made more attractive - we need to put employees and entrepreneurs on an equal level as far as social security is concerned. The barriers of employing somebody need to be lowered.

When somebody from abroad graduates from a Finnish university a permanent residency permit should be automatic.